Tips on selling your home, finding your dream home, and living and working in Victoria, British Columbia.

The March issue of Mortgage Rate Forecast is now available on BCREA Online. Highlights: The Fed vs. Trump: conflicting […]

Should I really buy a house now?

Are you house hunting with kids in tow? Do you fall in love with staging furniture? Here’s what to avoid when shopping for a home. 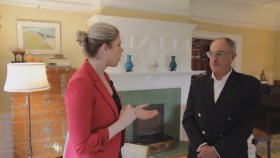 John and Holly have a long interest in Victoria’s heritage homes. John served on the City of Victoria’s […]

How house prices depend on demographics